Response to litter and urination at Ziegler Park, Goetz Alley on horizon

Spring in Our Steps submitted a request for response from the City of Cincinnati Livable Communities Committee, and received prompt response and follow up from Beverly Hardy, Manager of Office of Councilmember Yvette Simpson. Both Cincinnati Police and the Cincinnati Recreation Commission see improvements to Ziegler Park as a priority, in order to discourage long-term loitering and litter issues. As for Goetz Alley, we are awaiting response from Miss Hardy about Public Services administering any street or alley cleanings.

Here is a copy of the response from Steve Pacella, Superintendent of the Cincinnati Recreation Commission:

Recreation will be taking the following steps in an effort to make the Ziegler Park area more inviting.  These action steps are in response to concerns raised by the Cincinnati Police Department during an on site meeting with the Director of Recreation in addition to those concerns received by your office.

At this time a restroom unit has been ordered and the benches have been removed.  I will provide an update as progress occurs.

We are pleased with this prompt and thorough response, and look forward to working with these city departments on future enhancements to our alleys and surrounding areas.

EDITOR’S NOTE: The request for response that Spring in Our Steps submitted solely addressed concerns with public urination in Goetz Alley, and litter issues in Ziegler Park and abroad. This was not a statement to show fear or prejudice of another ethnicity. The facts are that public urination and litter are pressing issues in this pocket of Over-the-Rhine. I live along a street with homeowners, college students, Housing Choice Voucher recipients, and regular renters. Thus, there would be no reason for me to display prejudice toward a specific group, in this situation. Parks and recreation areas are established for use by all. Alleys are public spaces meant for use by all. Litter and public urination deter some users from taking advantage of these assets. These users range from families to new residents to women walking alone. It’s been proven that litter and public urination issues deter investment in neighborhoods, and lead to further disinvestment. 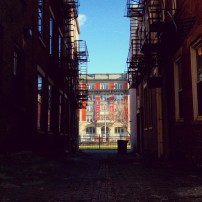 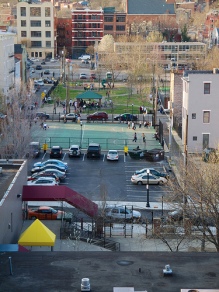 8 comments on “Response to litter and urination at Ziegler Park, Goetz Alley on horizon”