RECAP: Kleingassefest – a tiny alley celebration of all the tiny things (09/11/16) 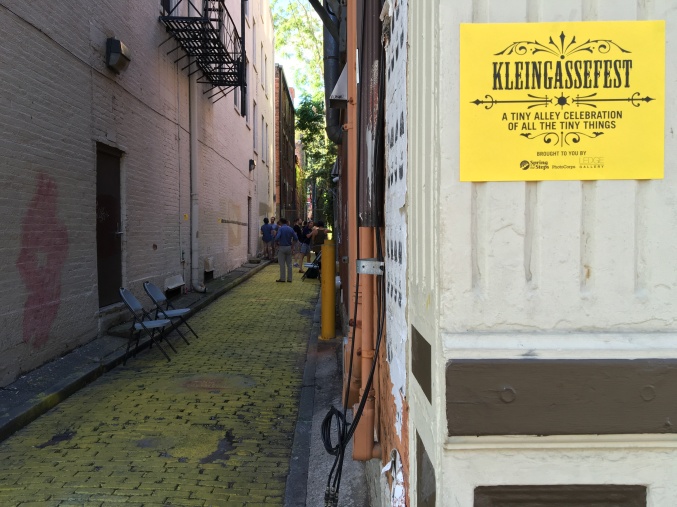 Two weekends ago, Spring in Our Steps had hosted three events in just two days. In addition to a cleanup of an abandoned alley house at the northern edge of Over-the-Rhine and of two public stairways in the northeast section of the neighborhood, we planned and co-hosted a long-visioned pop-up art gallery in Coral and Drum Alleys.

Since 2014, beginning with an effort to drum up support at Cincy Sundaes, continuing with a pop-up wheat paste & installation gallery with the Art Academy of Cincinnati, and following with a charrette in 2015 to continue long-term visioning of the space, Coral Alley and Drum Alley have been on our radar as a focal point for an exciting, celebratory events. 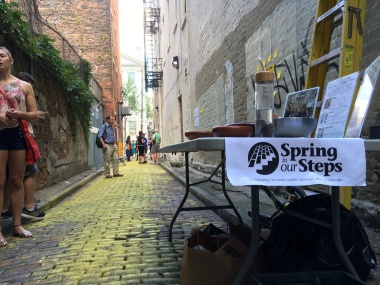 Although the vision to host a tiny-themed art event was birthed through discussion in March & April 2016 with recent People’s Liberty project grantees POPP=D ART Mobile Art Gallery, we saw the concept through in short time (two weeks in early September) with a natural progression and coalescence with Maya Drozdz’s Ledge Gallery. Coral & Drum Alleys create a compact space that requires careful curation that is mindful of its limitations. Ledge Gallery had rapidly caught the attention of Cincinnati CityBeat and the Over-the-Rhine’s Main Street community for its compact rotation of guest artists on Drozdz’s awkward mid-level ledge in her loft apartment unit. Both Spring in Our Steps and Ledge Gallery had a perfect partnership opportunity waiting in the wings. 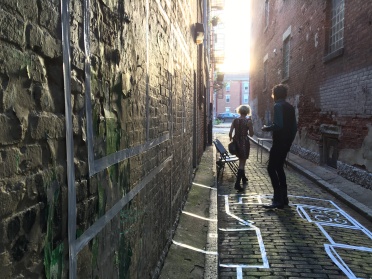 Christian Huelsman of Spring in Our Steps and Maya Drozdz of Ledge Gallery ironed out the details of such a tiny alley fest entirely through text messaging. SiOS research on history of the space uncovered the pre-1909 name of Coral Alley as German Alley. Subsequent research of the array of street suffixes for alleys in Europe exposed “gasse” as a common name to refer to alley in Germany even parts of Britain that were populated by post-war expatriates. Even a former alley in Clifton Heights possessed the name “Kleine Alley”, a tiny alley indeed. Kleingassefest was born!

From the name came Drozdz’s use of the haphazard application of yellow paint to Coral & Drum Alleys last year for application of the event’s color scheme, from posters to signage 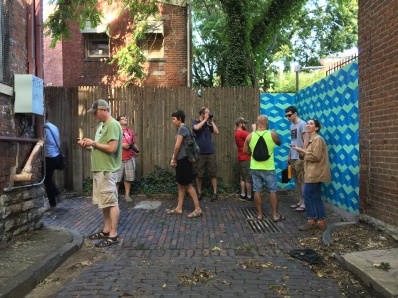 and placards. Then we shared who we knew, whose work we respected and where it made sense from a “tiny” perspective. Drozdz’s extensive network of artists, dating back to her years as co-owner of VisuaLingual, make for an easy process. The cast of characters was set in no time: Phil Armstrong, Richard Calkins, Bradley Cooper, Brianne Fahey, Kira Geer, Kristian Geer, Wally German, Gia & the Blooms, Chris Glass, and Christian Schmidt.

And Kleingassefest was preceded by a photo walk! Spurred by extensive experience with photo walks by Chris Glass’ PhotoCorps, Christian of SiOS and Chris of PhotoCorps led a meandering tour through eastern Over-the-Rhine and western Pendleton. Participants picked up found objects along the route and returned them to Drum Alley for use with sun print paper. Voila! Fun designs in minutes, fueled by the late afternoon sun. PhotoCorps’ 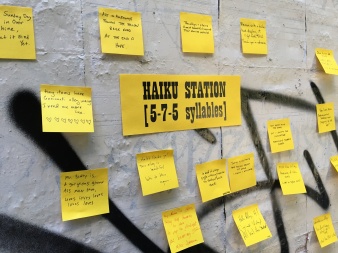 PhotoScouting books and matchbooks were available and claimed before our tiny fest concluded.

We estimated that over 100 visitors attended Kleingassefest, which began soon after nearby Second Sunday on Main concluded. Weather was perfect, there were smiles all around, and (thankfully!) praise was in great supply. As rapidly as the planning for this event required, in order to coincide with the other two SiOS events and other participants’ schedules, we would *love* to do this again. There’s plenty that didn’t make it into the program that we’ll work to include for next time.

Spring in Our Steps cleaned up the space (naturally). A white knight maintained the dead end section of Coral Alley (Urban Sites?). As was mentioned earlier, both Christian & Maya selected artists. Maya set the wishlist of supplies, did full setup of displays and exhibitions when it was required, and is responsible for imaging and printing of promotional materials. All partners in SiOS, Ledge Gallery, and PhotoCorps did a fantastic job getting the word out in social media.

Special thanks to all the participants, artists, and visitors! Utmost thanks to partners Maya Drozdz and Chris Glass for helping to set the foundation for Kleingassefest. 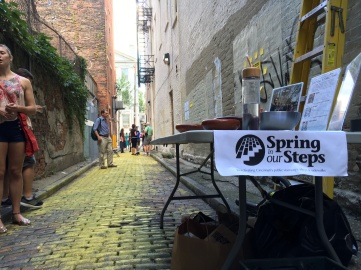 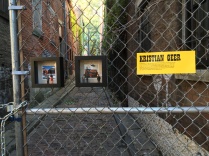 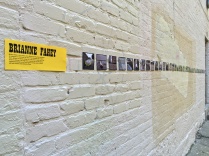